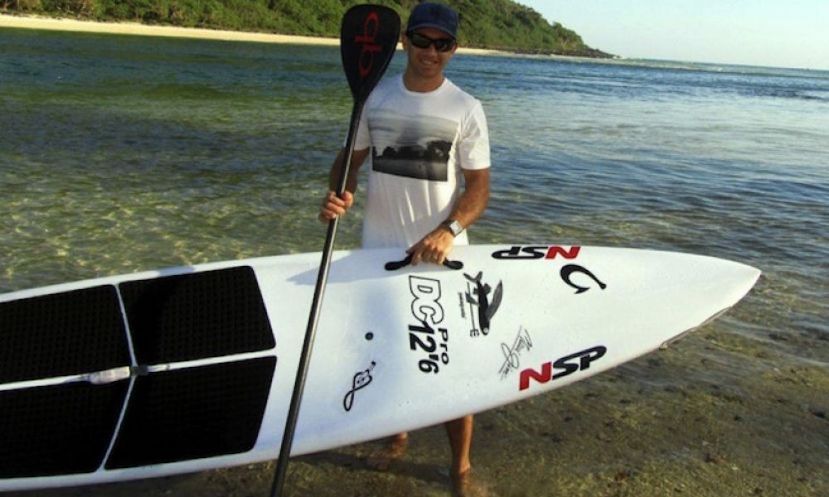 "I’m pumped to be involved with the NSP Racing project..." - Travis Grant.

One of the worlds’s most highly regarded and winning SUP Racers, Travis also a highly decorated outrigger canoe paddler, surfer and ocean athlete joins NSP and signifies the intention of the brand to fully launch into the racing category of the sport.

“I’m pumped to be involved with the NSP Racing project, I have a lot of input into the designs and combined with high quality production there will be some very exciting race boards in 2013” said Travis.

“Travis is looking for the edge on his competition.  We’re so excited about him working with our shapers, watching him compete on NSP at the elite level and for us to be able to take those boards to market globally” said Chris Chamberlain, NSP Brand Manager.

Travis joins NSP along with leading Australian board designers Alain Teurquetil and Dale Chapman of DC Paddleboards. Travis started his career on DC’s and the reunion sees them hard at work again to redefine the word ‘fast’.

NSP, the world’s largest supplier of Surf and Stand Up Paddle boards, has redesigned its 2013 SUP Range including 5 different constructions including the Patented ‘Coco Mat’ technology.  The launch of the racing category with the input of Travis to create leading edge designs provides the perfect offering for NSP from ‘first board to first place’.

DC and Lomocean designed NSP Paddleboards are expected to be released in the first half of 2013. The 2013 NSP SUP Range hits stores in December 2012.  NSP boards are available at surf shops across the country or online at www.surfindustries.com.

Founded in 2002 in Manly Australia, their mantra – Life is better when you surf – says it all about this company. Global Surf Industries is the world’s premier surfboard company and aims to continue to be the catalyst for positive changes within the surfboard industry worldwide to help increase the levels of professionalism on the business side, as well as increasing the enjoyment had by surfers around the globe on a daily basis. Global Surf Industries currently distributing their products in 57 countries. www.surfindustries.com