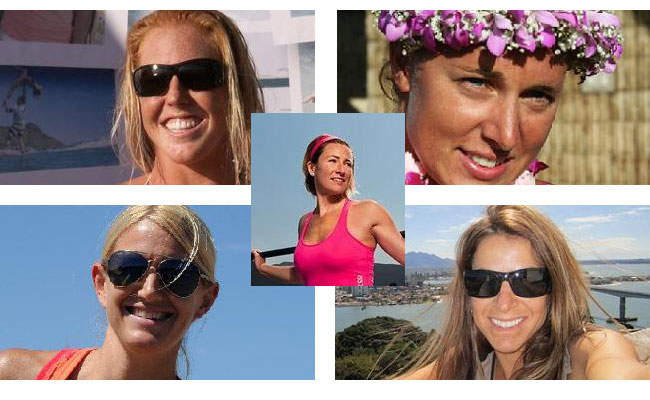 These were the 2011 SUP Women of the Year Finalists.

SAN DIEGO, California - It's the women's turn now!  Today marks the beginning of the Open nominations for the Supconnect SUP Woman of the Year 2012.

In 2010, the first year of the award contest, Candice Appleby walked away with the title.  Then in 2011 it was Nikki Gregg who in the end came out with the honor.  This year there are so many amazing ladies, some are veterans and others are new to the scene, so as a community let's all really come together and nominate as many women as possible to make sure that no great paddler is overlooked.  We are depending on YOU to be a voice for them now.

There will be two phases in the process of determining the ultimate Supconnect SUP Woman of the Year.  The first phase, from September 1st to September 30th, is the open nominations during which time the public will nominate and vote for their favorite and most inspiring SUP women.  The five women who receive the most votes will automatically move on to the second phase of the Supconnect SUP Woman of the Year awards. Women who do not end up in the top five may receive an honorary spot in the final phase based on voter support, great SUP performances and SUP involvement.

The second phase will be the final chance for the public to vote for the person they feel is the ultimate SUP Woman of 2012.  The five women from the first phase will join a group of women who were pre-selected by Supconnect based on performance, ambassadorship, and involvement in stand up paddle to compete for the Sup Woman of the Year title.  The voting will begin all over again, starting at zero for everyone, and last from October 1st to October 31st.

It's time! Let's nominate as many women as possible and find the most impressive ladies in stand up paddle.  All nominations and voting will take place on the Supconnect Facebook Page.  Click here to get started:  Click here to nominate for SUP Woman of the Year

*All voting is done via the Supconnect Facebook Page

SUP Photo of the Year:

The public vote count is very important but all final contest winners are chosen based on all of the following criteria.

1. Ambassadorship:  Conveying the cheerfulness and inclusiveness characteristic of the sport.

Who will you nominate and vote for?

More in this category: « SUP Woman Of the Year Final Begins! SUPAA Comments On The Standardization of SUP Race Distances »