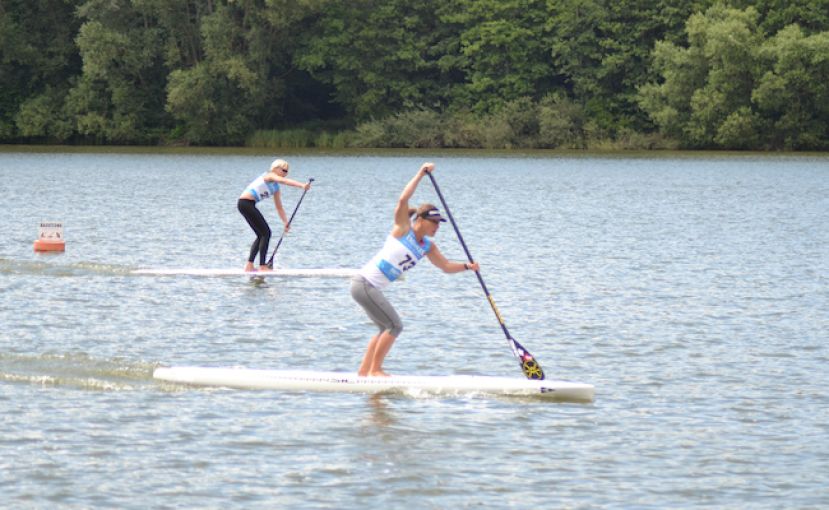 Lina Augaitis on her way to victory.

BROMBACHSEE, Germany - Lina Augaitis does it again! The Lost Mills race held their 200 meter time trial sprint race called “The Fastest Paddler on Earth” over the weekend. Team SIC took 3 of the top six spots and the peoples champ Lina Augaitis was crowned the fastest woman on earth! Lina was the the only female paddler today to put down a time under the one minute mark. 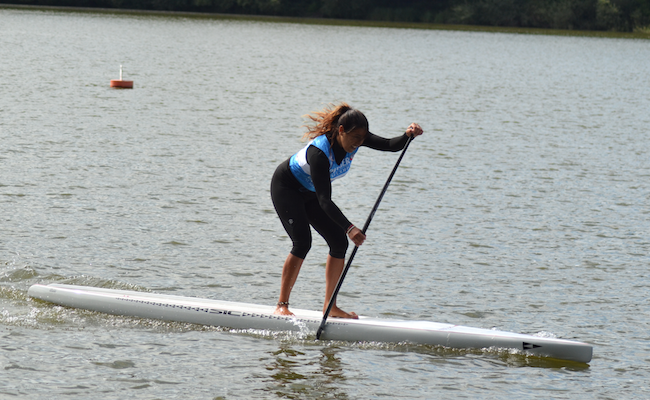 Laura Quetglas just seconds between her and first place.

Lina came in at just under one minute with 59.90 seconds. It was an extremely tight race with only seven seconds separating first place from sixth place. In fourth place was Sonni Hönscheid and close behind her in sixth place came teammate Laura Quetglas. 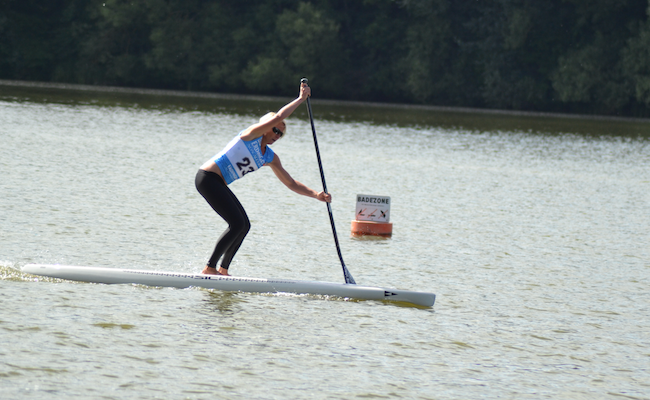 This year, a straight line course of 200 meters equipped with olympic timing equipment is the format of this sprint race. The weather was cooler than expected and the gustly winds from the back helped to brake the last years men records by 2.66 seconds. In Lina’s words, “It was cool and breezy today for the sprint event, even for me, coming from Canada. A good warm up and stretch was important to ensure the muscles were warm and prepared to work hard for a very short amount of time. As always the SIC boards glide like no other, especially on this fast straight sprint course. It was a different event, really just about you, your paddle and board and the water, no one else mattered. I liked it a lot.”

At SIC we are proud to have the “Fastest Woman Paddler on Earth” racing on SIC boards, not to mention, three of the top six fastest paddlers were riding SIC. Way to go ladies, keep it up!

ABOUT SIC (Sandwich Islands Composites)
SIC “Sandwich Islands Composites” is the vision of master shaper/designer - Mark Raaphorst. Mark has more than 20 years experience building surfboards, windsurfers and outrigger canoes. He is credited as being one of the pioneers of SUP, the first to integrate an Active Steering System into and SUP and for creating some of the most winning race boards in the world. Their speed and SIC is proud to agility, sleek styling and piercing waterlines, quality craftsmanship and attention to details, have also earned SIC the reputation of being the “Ferrari of SUP boards”. SIC makes boards for intermediate to elite paddlers looking for the best in race, fitness/touring and surf. For more information visit: www.sicmaui.com