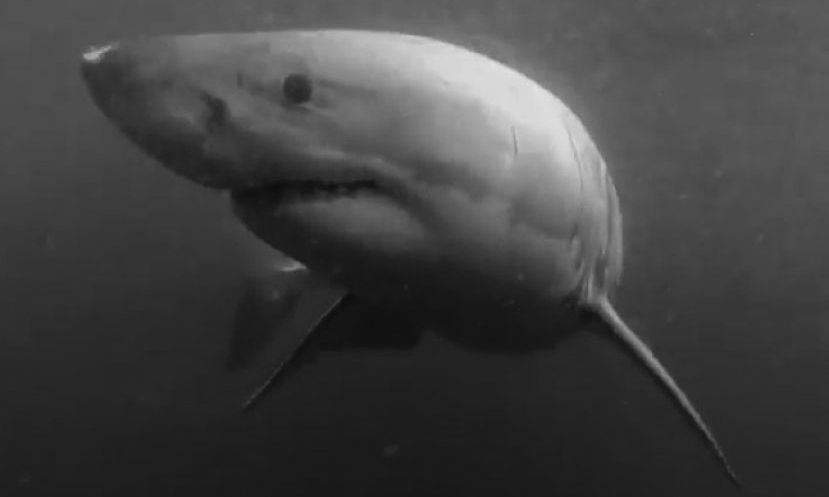 ST. PETERSBURG, Florida – An independent peer reviewed research paper, published in the international science journal PLOS ONE has confirmed Shark Shield as an effective shark deterrent. The research was conducted over a two and half year period at a cost of $680,000, funded by the Western Australian State Government as part of its investment in Shark Hazard Mitigation, following a spate of shark attacks in 2012.

The research was led by Professor Shaun Collin, Assoc. Prof Nathan Hart, and Dr. Ryan Kempster of The University of Western Australia’s Oceans Institute and the School of Animal Biology. The team also completed laboratory and field trials on other electrical shark deterrents in addition to exploring and testing novel ways to deter sharks including underwater sounds, bright flashing lights and bubbles.

Collin stated, “During testing, Shark Shield successfully turned white sharks away nine out of ten times. We hope this research will ultimately lead to the development of new electric-based shark deterrent technologies in the future.” A world-renowned expert in his field, Collin has authored many scientific papers in the field including ‘Electroreception in vertebrates and invertebrates’ published in the Encyclopedia of Animal Behavior, Oxford Academic Press (2010).

Lindsay Lyon, Managing Director of Shark Shield stated, “This is the third independent scientific research paper proving Shark Shield to be the only device that effectively turns sharks away. This peer-reviewed paper shows adventure sport participates can remove up to 90% of the risk in activities like diving, spearfishing, kayaking and surfing. This removes all doubt about the efficacy of Shark Shield’s proven technology.”

In 2012, Dr Charlie Huveneers from the South Australian Research and Development Institute (SARDI) and Flinders University tested the effectiveness of Shark Shield. Part of this independent scientific testing used a seal decoy off the coast of South Africa, with white sharks seen to visibly abort shark attack charges with no surface breach observed with the Shark Shield device turned on.

Dr. Vic Peddemors, a renowned shark scientist who has been working with sharks since 1987, was involved in statistical testing of Shark Shield’s effectiveness back in 2003, also in South Africa on white sharks. During this testing it was shown that by using a Shark Shield the probability of an attack was reduced from 0.70 to 0.08 with no sharks taking the bait during testing.

Choice Magazine, an independent leading Australian Consumer Research organization, published their own review of shark deterrent testing in January 2016, confirming Shark Shield as the only deterrent with scientific evidence of its effectiveness. “Seat belts have been proven to save lives by reducing risk, without doubt Shark Shield products have been proven to reduce risk, so buckle up and wear one on your next adventure,” added Lyon.

Abstract:
"How Close is too Close? The Effect of a Non-lethal Electric Shark Deterrent on White Shark Behaviour” by Kempster RM, Egeberg CA, Hart NS, Ryan L, Chapuis L, Kerr CC, Schmidt C, Huveneers C, Gennari E, Yopak KE, Meeuwig JJ, and Collin SP. Sharks play a vital role in the health of marine ecosystems, but the potential threat that sharks pose to humans is a reminder of our vulnerability when entering the ocean. Personal shark deterrents are being marketed as the solution to mitigate the threat that sharks pose. However, the effectiveness claims of many personal deterrents are based on our knowledge of shark sensory biology rather than robust testing of the devices themselves, as most have not been subjected to independent scientific studies. Therefore, there is a clear need for thorough testing of commercially available shark deterrents to provide the public with recommendations of their effectiveness.

Using a modified stereo-camera system, we quantified behavioural interactions between white sharks (Carcharodon carcharias) and a baited target in the presence of a commercially available, personal electric shark deterrent (Shark Shield Freedom7TM). The stereo-camera system enabled an accurate assessment of the behavioural responses of C. carcharias when encountering a non-lethal electric field many times stronger than what they would naturally experience. Upon their first observed encounter, all C. carcharias were repelled at a mean (± std. error) proximity of 131 (± 10.3) cm, which corresponded to a mean voltage gradient of 9.7 (± 0.9) V/m. With each subsequent encounter, their proximity decreased by an average of 11.6 cm, which corresponded to an increase in tolerance to the electric field by an average of 2.6 (± 0.5) V/m per encounter.

Despite the increase in tolerance, sharks continued to be deterred from interacting for the duration of each trial when in the presence of an active Shark ShieldTM. Furthermore, the findings provide no support to the theory that electric deterrents attract sharks. The results of this study provide quantitative evidence of the effectiveness of a non-lethal electric shark deterrent, its influence on the behaviour of C. carcharias, and an accurate method for testing other shark deterrent technologies.

Shark Shield is for professional adventurers. It is the world’s only scientifically proven and independently tested electrical shark deterrent. Sharks have small short-range electrical receptors in their snouts used for locating food. Shark Shield’s unique three-dimensional electrical waveform turns sharks away by causing unbearable spasms in these sensitive receptors. Used by professionals, such as navies around the world, Shark Shield is a safety device providing peace of mind, while supporting the conservation of sharks. If you’re serious about adventure, you wear a Shark Shield. www.sharkshield.com