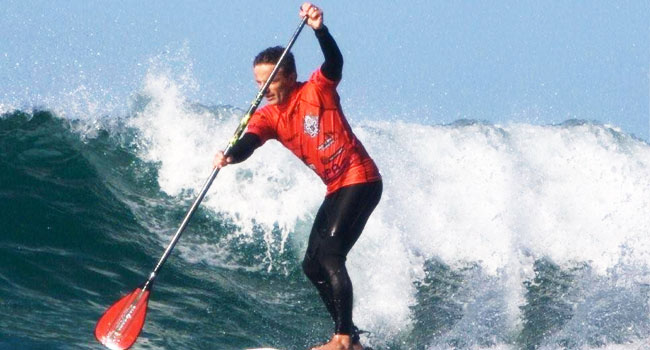 GUILDFORD, United Kingdom — Naish are pleased to announce Gareth Grant has joined their Stand Up Paddle team for the upcoming 2010 European / UK season. Since relocating to England in mid 2009, Gareth placed 3rd in the final British Stand Up competition at Watergate Bay, won "Rookie of the Competition" award, and made the final of the inaugural British SUP Championships held at Fistral Beach.

Gareth is born in the UK however grew up in Sydney Northern beaches and was an early adopter of Stand Up Paddling in Sydney. He has surfed extensively throughout Bali, Mentawis, Fiji, Timor and the Maldives.

His substantial surfing experience combined with knowledge and understanding of Stand Up Paddling will help Naish gain exposure for their comprehensive range throughout Europe and specifically the United Kingdom", says Nick Webb, Naish agent in the UK.

"Our company's goal is to take Naish to the number one Stand Up Paddle brand throughout Europe both in surfing and the distance recreational category", says Nick. Although Gareth's focus is Stand Up Paddle surfing, he will be working with Naish at demonstration and special event days where people can try and test the various boards and equipment.
Last modified onFriday, 05 November 2010 14:42

More in this category: « Colin McPhillips New Team Member Candice Appleby On Board with New Team »