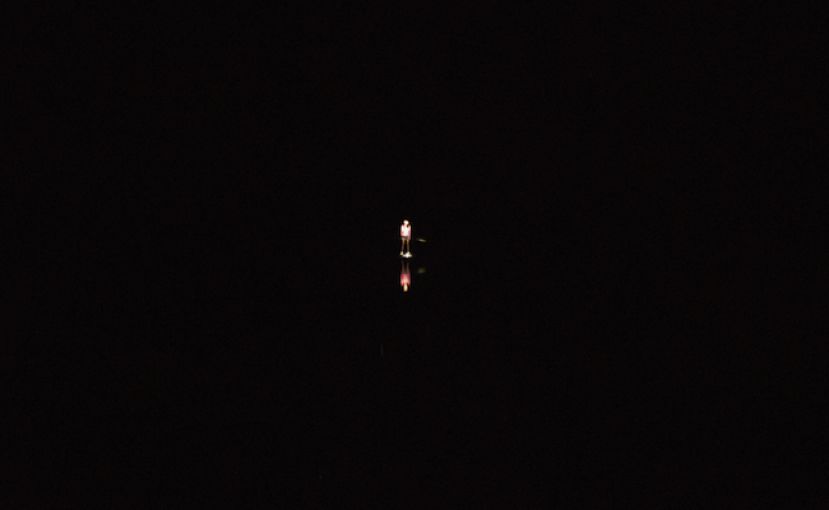 VANCOUVER, Canada - Paiwen (a brand specializing in stand up paddle boards for women) founder, Alice Shih, had some unexpected visitors during a recent night shoot. Read her story about the creepy creatures that joined their party without an invitation...

It was a calm night. The only light came from the thin beams of our headlamps, and the only sounds besides our footsteps were frogs and crickets echoing across the dark lake. We’d decided to do a late night photo shoot, so I was carrying my paddle and board through the cool, wet grass to the lake’s edge while my husband Toni stayed back on the hill with his camera. I pointed my headlamp out onto the lake and it sent a single beam of light out onto the still, black mirror of the lake’s surface. I turned back to look at Toni one last time before launching my board into the darkness.

I glided further away from the shore, my paddle disappearing into the black water below. I could just make out Toni’s small silhouette on the hill. As I tried to stand still, I saw something small and black move towards me on the board. When I looked down I saw more and more of them and began to panic as they closed in on my feet. I tried to stay still as Toni took the picture, not wanting to cause a blurred photo, but after a short while I couldn't take it anymore so I called to Toni and paddled quickly back to shore. When I got close, he was already at the water’s edge and looking at my board, which was spotted with many creepy creatures. He told me to quickly get off the board, and I climbed back to shore as fast as I could, my heart pounding. Once I was back on land, Toni told me that the slimy creatures on my board were leeches! I looked on with disgust as he pried each one from the board and tossed them back into the dark lake.

Unfortunately we didn’t have the right lens to capture the photos we wanted to get, but we did get a good story from the night!