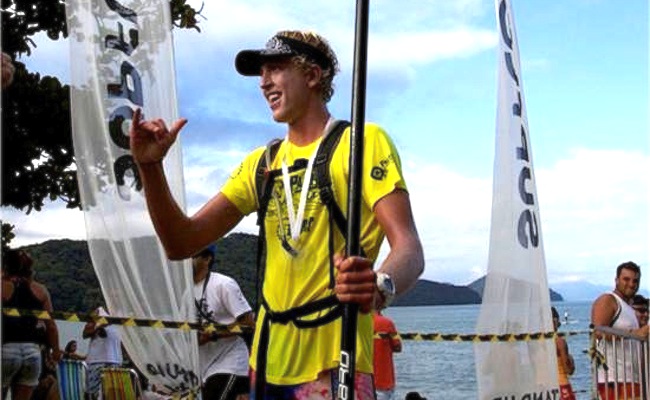 Connor took the lead during the first lap over teammate, Leaonard Nika (Starboard) and gradually built on that lead over the course to secure the win.  The course took the athletes down the beautiful coastline of Ubatuba Town and back in a 2 lap format that provided one of the most competitive long distance races yet on the Stand up World Series.

Ubatuba proves the perfect host for Stop 2 of World Series:

Ubatuba became the home for the Brazilian stop of the Stand Up World Tour in 2012 and provided the platform for one of the most exciting Finals in World Tour history. This year the town showed another side of its character, with the race taking place in the heart of Ubatuba Town, at Praia do Centro.

As an ideal racing venue that has something for everyone, the region is legitimizing itself as a paradise for stand up paddling, with everything from entry level flat water paddling, to high performance surf at Itamambuca.·Beyond the stand up paddling, the people and the welcome were so warm and heartfelt, that those who traveled there can't wait to come back next year.

A big thank you to the Ubatuba Pro Grand Slam partners: