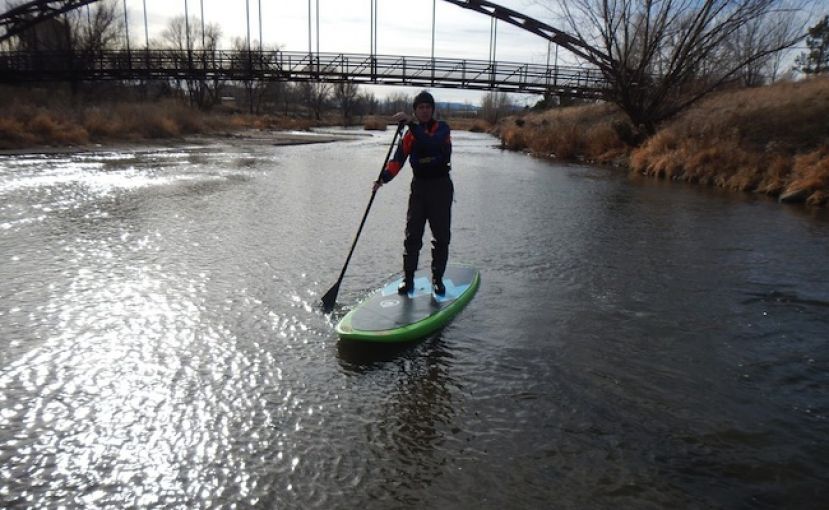 DENVER, Colorado - For those of you who haven't heard, Alex Mauer is currently in preparation to break the world record for the longest time spent surfing a wave - a monumental feat by all standards. With winter in full swing and conditions around Colorado on the frigid side, he's taking every opportunity that presents itself to train. When a lull in the driving snow popped up, Alex leaped on the chance to get his booties wet. Here's what went down. 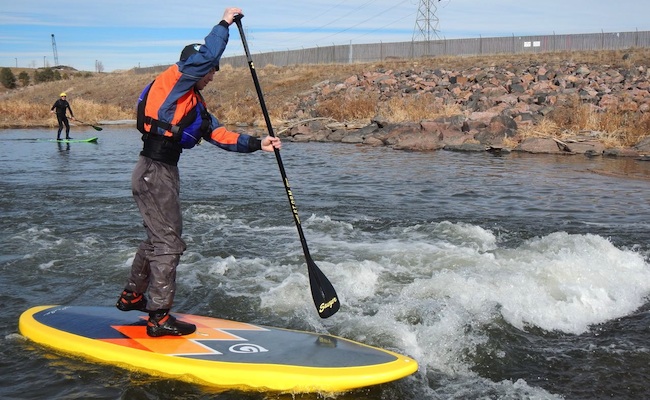 Although most of the snow is melted, the banks of the river were still lined with ice when we got there. The flow was minuscule but the most that has been offered this winter so far. I just felt lucky to be able to be on the water one step closer to claiming a world record in surfing. The sun was out and warm on my face but the breeze was cold and smelled like the depth of winter. It was mid December, after all. Paddling is scarce this time of year in Colorado because most lakes freeze up and river flows come to a halt until the snow melts and starts runoff season! 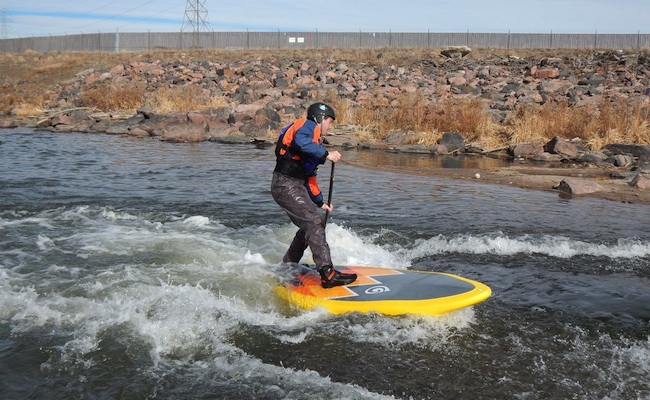 This is why I started stand up paddling. So I would be able to surf smaller waves and extend my season into the winter months. I have been working so much lately I had forgotten the freedom even the smallest river wave can bring. I guess my mind was there before we pulled up. To make it all better one of my friends met up with us and he brought Glide SUPs 2014 river model called the Lachsa . I was so stoked to test put the new board! 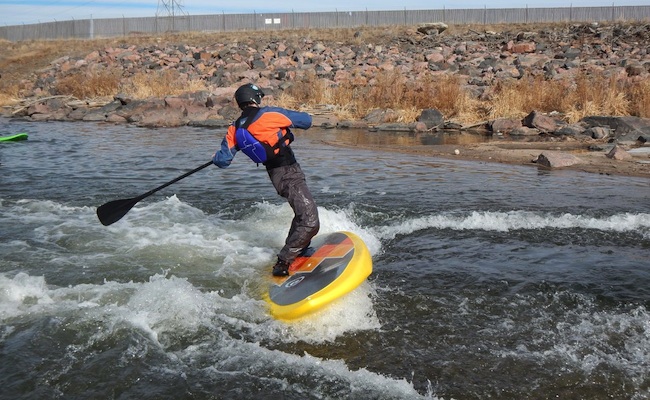 We geared up in the parking lot. I grabbed my board tickets and raced to the river bed to start paddling. I dropped the top rapid twice before the others joined me. We paddled up river for a quick warm up before we began our decent. Shortly after we turned around to paddle downriver we reached the first drop I was playing on. I stopped our party because the drop was to shallow to run with fins. After the drop we played around eddying out and fairying across the river. I couldn't wait to get to the fourth drop because I knew it would be arguable at this flow! 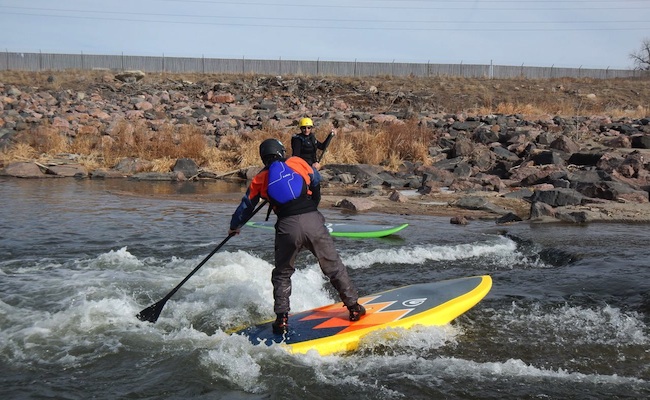 On the way down my drysuit started to fill with freezing river water because of a puncture I needed to patch up. There was no way I would let this stop me from surfing. With numb toes and a cold core I continued on down the chutes finally reaching the fourth hole! We surfed for as long as we could before we began the hike back to the car to warm up before I had to race off to work.

Glide SUP is the largest manufacturer of Stand Up Paddle and Surfboards in the Americas. Based in Salt Lake City Utah, Glide handcrafts each board using modern surf and SUP manufacturing techniques. Only the highest quality, eco friendly products are used in the manufacturing of our boards. Our biomass certified resin and locally produced EPS cores are easily recycled so our impact on the environment in minimal.