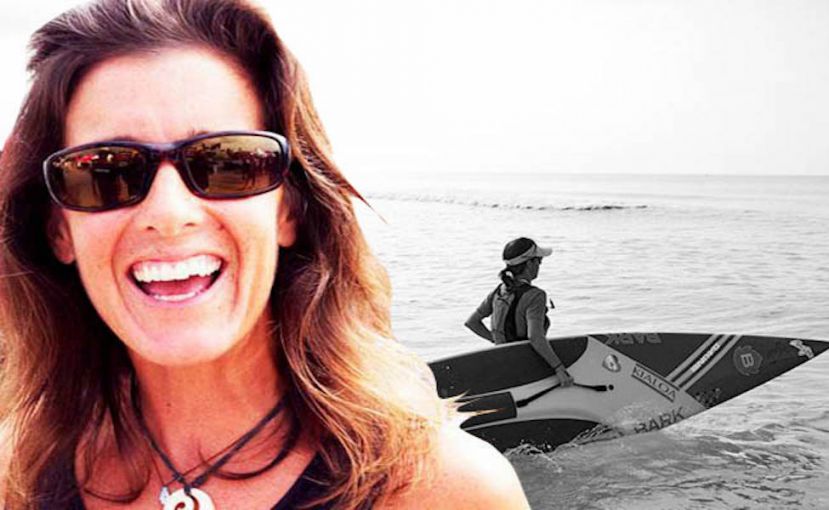 My wife, Heather, was born and raised in a small south-central Missouri town.· She grew up paddling the local rivers in a canoe and was the first in her area to windsurf the local lake.

Written by Jim Bauss, the Husband

Heather Baus is a fierce stand up paddling competitor, with a vary diverse athletic background, kit and wind surfing included.

SAN JUAN, Puerto Rico – My wife, Heather, was born and raised in a small south-central Missouri town.  She grew up paddling the local rivers in a canoe and was the first in her area to windsurf the local lake.  She and her parents would trailer their McGregor sailboat to the Great Lakes in the summer and the Keys in the winter, further growing her affinity for the water.

High school graduation took her to the Chapman’s School of Seamanship in Florida where she earned her boat captain’s license.  After a stint as first mate on a Hatteras 110, her attentions turned to aviation.  She literally earned her stripes by washing airplanes in exchange for right seat time, ultimately achieving a type rating in a Lear 25B (one of a few woman to have accomplished this) flying as captain.  She went on to fly as captain for Raytheon Travel Air in the Beech Jet 400A.

It was on a fishing trip to Alaska where we met as she had flown her then boss to Sitka.  After two visits to visit her in North Carolina, I talked her into coming down to Puerto Rico for a sailing trip and it was then that I proposed.  Needless to say she accepted and relocated to PR where she jumped headfirst back into ocean sports.

Besides sailing our boat(s), she returned to windsurfing, quickly graduating to wave sailing, then picked up kite surfing, soon becoming one of the best local girls.  After a move from San Juan to the South coast of PR, Heather tried stand up paddle boarding and was immediately hooked.  She entered every local race and even on an 11’ surf style board won all of the girl’s classes.  After  switching to a Bark race board, she was soon beating all the local guys too!  A successful foray to stateside SUP races in 2010 proved to Heather that she was one of the best and 2011 will be a year to remember.

Most of Heather’s time is spent homeschooling our daughter Savannah, who is an accomplished sailor and paddle boarder in her own right.  Along with her athletic endeavors, and besides rescuing strays, helping out with the local junior sailing program and helping renovate a neighborhood school, Heather somehow still finds the time and energy to make our house a loving home.  Most importantly, she is an incredible mother and the absolute best wife a man could ask for.