A Combination of Passion and Focus Undergirds the Teenage Race Phenomenon 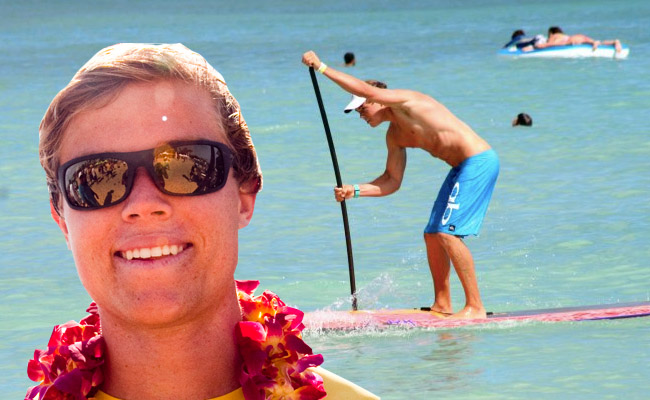 MAUI, Hawaii – It would be nice at a young age to ﬁnd that one thing that you really love doing, to be a young adult who knows what he wants his path to be. Slater is one of those focused teenagers, at 16 he has set goals, made plans and knows what he wants. He truly loves being in the ocean paddle surﬁng, racing, outrigger canoeing, body surﬁng...whatever the day brings. The ocean offers up an endless supply of fun. (Join the Sup Racing Group.)

He started SUPing at eleven and never looked back. He has been very lucky to have a great group of paddle buddies at home, mostly adults, and as much as he loves to compete the best part of SUP are the people he has gotten to meet along the way. Wether he takes home 1st or 10th he comes away from each event with a newfound respect for his fellow competitors and friends.

He learned to surf at the age of four on the Gulf Coast of Florida with Dad pushing him in to waves on a yellow soft top. Soon he was paddling out on his own. After going through four major hurricanes before he was ten the family decided it was time to ﬁnd another ocean to play in. After settling on Maui and seeing one of the ﬁrst SUPers out at his local break Slater was intrigued by the thought of the different perspective that it could offer. (Receive updates about the Sup Community.)

It was not long before he was on his way to Oahu for some of the very ﬁrst SUP wave events ever held. In fact he won the ﬁrst ever junior SUP wave contest as part of the Steinlager Shaka Longboard Series in 2006 at Waikiki. From there it was on to victories at Dukeʼs Oceanfest and a second place ﬁnish in the HASA SUP state ﬁnals in 2007.

It seemed a natural move when he decided it would be fun to try SUP racing and started with Mauiʼs famous Maliko downwind run. The only problem was that there was no wind on race day, but not letting that discourage him he decided to go anyway. So his ﬁrst “downwind” race turned out to be his ﬁrst long “ﬂat water” race. He liked the idea that with racing itʼs you against the clock. It suited his competative nature. Today he spends time traveling around Hawaii and the U.S racing, attending events and competing in wave contests. With more events taking place around the world his future is sure to be busy and will no doubt include time out to just be a teenager. With some natural talent, lots of drive and the support of his family, friends and sponsors Slater has been fortunate to grow and excel along with this young sport he loves so much. (Join the Sup Racing Group.)