MCIT boards have arrived to revolutionize the inflatable market. 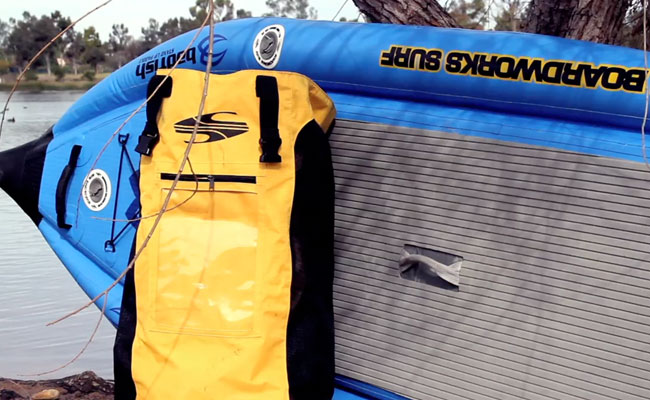 MCIT board with its inflatable bag standing by the waterline ready to be taken for some action.

ENCINITAS, California – The highly anticipated Badfish inflatable boards by Boardworks have arrived. Their new design and construction have completely revolutionized the inflatable market.

The MCIT, which stands for multi-chambered inflatable technology, relies not on one but (as the name suggests) multiple inflatable chambers. That adds much more stability to the board and also makes it the safest board in the market. In addition, the board excels in variously different waterways, including flatwater, oceans, and rivers. And with the partnership with Badfish, Boardworks' MCIT model is likely to completely change river running and whitewater on stand up paddle boards, since the added stability and rockers offer unprecedented control.

"We just got our first shipment of the new Badfish MCIT Inflatables and they look awesome! We have all sizes…9’0, 10’6 and 11’6.  Check out the video we did featuring the new 9’0. These boards are not just for river paddling. They are great for the whole family. Nice glide, excellent stability, light weight, surprisingly rigid…what more can you ask for?," says the Boardworks.

Read testimonial about the MCIT being used in yatch's