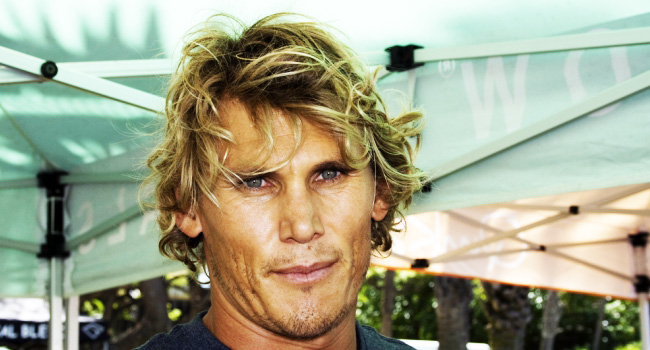 HONOLULU, Hawaii — There is a point, part-way across the Molokai Channel, where land cannot be seen on the horizon and the 2,300 feet of ocean beneath you no longer seem buoyant. It is around the 10-mile mark of the 32-mile crossing, and it's at that time that even 8x defending Molokai2Oahu paddleboard champion Jamie Mitchell (Australia) starts to feel very much alone. He has found himself there every year for the past nine years and this summer will tap into that feeling of isolation to raise $10,000 for some of the world's most isolated island populations.

Mitchell, 33, will be joined in his fundraising effort by 2008 Molokai2Oahu runner-up, Jackson English, 35, (Australia) during this year's gruelling 32-mile Hawaiian race on July 25. Each will cross the Molokai Channel solo, on traditional paddleboards, but with the joint mission to raise $10,000 for SurfAid International.

Known as one of the most challenging bodies of water in the world, the Molokai, or Kaiwi, Channel will this year be a channel for good, funneling money across the Pacific to help island communities in Indonesia by way of Jamie and Jackson's paddle.

Jamie and Jackson's island-to-island endeavor will directly improve the health, wellbeing and self-reliance of people living in the islands of the Mentawai and Nias, off Sumatra, Indonesia. It is here that SurfAid International conducts water and sanitation, disaster preparedness and relief, and community health programs. The organization celebrates 10 years of humanitarian work this year.

The infant mortality rate (children under five) in the Mentawai Islands is 93 per 1,000 live births - nearly one in 10, or 15 times greater than in developed countries where on average there are six deaths for every 1,000 live births. Preventable diseases such as chest infections, diarrhoea, malnutrition and malaria cause much of the death and suffering, and natural disasters like tsunami and earthquakes add to the volatility of the region.

The Molokai Channel is notorious for rough conditions: Open ocean swells of up to 20 feet and searing heat can make this crossing life-threatening for even the most seasoned ocean athletes. Against the odds, Jamie has won the race a record eight times, with Jackson pushing him on and coming close to a win himself.

But where Jamie leads in Molokai wins, Jackson leads in fundraising. He is noted as SurfAid's top fundraising individual, raising more than $200,000 for them over the past five years. A school teacher and father of three young, healthy children, he has all the motivation he needs to strive for a better future for children in Indonesia.

"This year will be my 10th crossing of the Kaiwi Channel and a fitting time to raise awareness of SurfAid and funds to support their important work," said Mitchell. "I encourage you to give what you can to this great cause and join Jackson and myself as we work towards our goal of raising $10,000."

More in this category: « Friendship Leads to Battle in Hawaii British Duo SUP Bath to London »