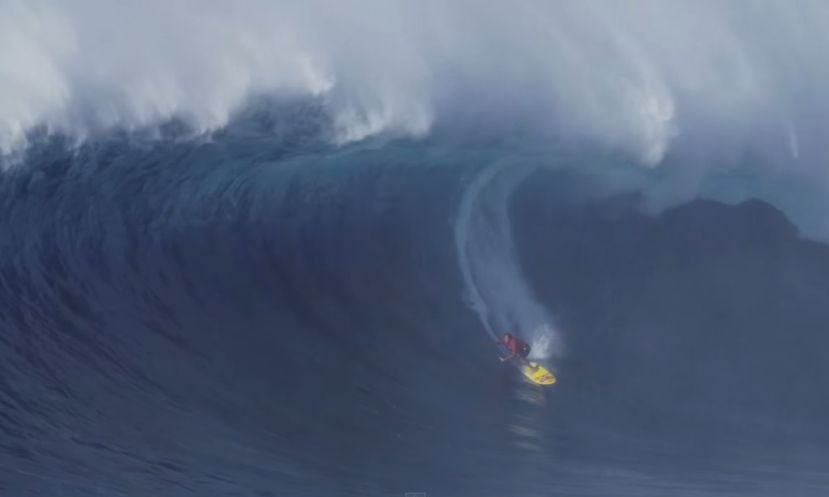 Kai Lenny (Naish) dropping into a bomb at Jaws.

MAUI, Hawaii - Kai Lenny is a beast. He was recently seen charging on a massive day at Jaws during the recent pulse of swells to hit the Hawaiian Islands. On this particular day, Kai dropped into a bomb and got completely annihilated in the belly of the beast.

When being interviewed by mauinow.com, Kai spoke about preparing for a swell of this multitude and all the possibilities that come with it and he said that anything can happen. "Just flip a switch and you can get the best barrel of your life or you can just get destroyed and it's very uncomfortable when you do." And getting destroyed is exactly what happened to Kai on this particular wave.

Check out the video of Kai getting swallowed on a massive wave at Jaws below. Also below, you will find the in-depth interview that Kai did with mauinow.com where he goes into an in-depth talk about his all-day session at Jaws, as well as some of his insane stories.