Much of, if not all of, the heritage of the modern movement of stand up paddle boarding comes from surfing. And in those quarters, Sean Collins has been a legend, touching the lives of countless surfers around the world. 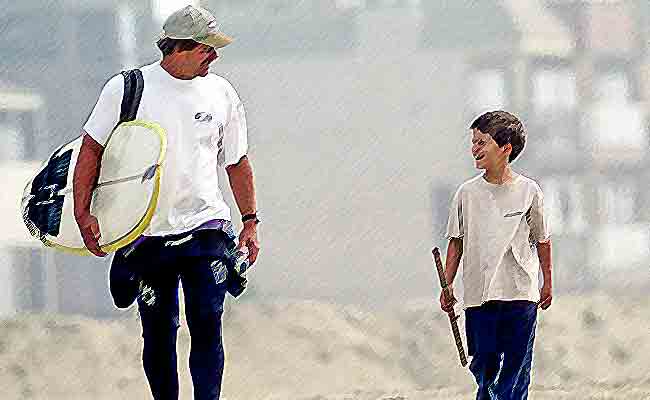 Sean Collins, an excellent surfer and Southern California icon, strolls along a break with a youngling. Photo: Surfline.

HUNTINGTON BEACH, California – Despite of having no formal training or college degree in anything related to wave forecasting, Sean Collins became the most influential wave forecaster of the 20th and 21st century, touching countless lives personally, via his fax/phone service, and online. Collins was the founder, president, and chief forecaster of Surfline, the number 1 destination for surfers around the world. (Follow Supconnect for latest news.)

Stand up paddle (sup) boarding no doubt spans far beyond surfing, with modalities on rivers, lakes, bays, pools, white water, etc. Nonetheless, the legacy of this Southern California surfer, who had an unwavering passion for the sport and a commitment to positively change surfing, should forever be remembered and taken as an inspiration for all sup devotees.